As you walk through the West door of the church look straight ahead. The seven stained glass windows in the Chancel and Tower are one of the great glories of the church. They were made by William Morris from the designs of the artist Sir Edward Burne-Jones and are acknowledged to be some of their finest work. They first met at Oxford University and remained firm friends. The three east windows, erected in 1893 were the personal gift of the artist to commemorate the marriage of his daughter Margaret in the church. Represented in these windows are the three archangels, Gabriel, Michael and Raphael.

The stain glass windows:The seven stainend glass windows in the chancel and tower are one of the chief glories of the church. They were made by William Morris & Co from the designs of Sir Edward Burner-Jones and are generally recognised to be some of their finest work. The three light east window in the chancel, was erected in 1893, to commemorate the marriage of Burne Jones’s daughter, Margaret. The Burne -Jones lived across the green from the church and were frequent visitors to the church. The window represents the three archangels, Gabriel, Michael and Raphael. Underneath are panels representing the Annunciation; Michael slaying the dragon and Raphael the guardian of little children.

Angels are messengers from God. Three of the special messengers mentioned in the Bible are the archangels Michael, Gabriel, and Raphael. The names of each of these archangels tell us about the work God gave them to do.
Michael’s name means “who is like God.” God gave Michael the responsibility of protecting us as God protects us.
Gabriel’s name means “hero of God.” Gabriel is God’s hero because he communicates God’s message to people. We remember Gabriel best for being the angel who announced to Mary that she would be the mother of God’s only Son.
Raphael’s name means “God has healed.” In the Bible, Raphael heals a blind man and is said to have stirred the water in a pool where Jesus healed a paralyzed man.
On the feast day of the archangels, we remember that God’s messengers guide us in our journey to everlasting life with our Father. We can pray to Michael when we face temptation. We can ask to Gabriel to help us say “yes” to God as Mary did so many years ago. We can pray to Raphael when we are ill or know someone who is in need of healing.
We honor the archangels as saints. They remind us that God is always with us and that God loves so much about us that he gives us special helpers to light and guide us to him. 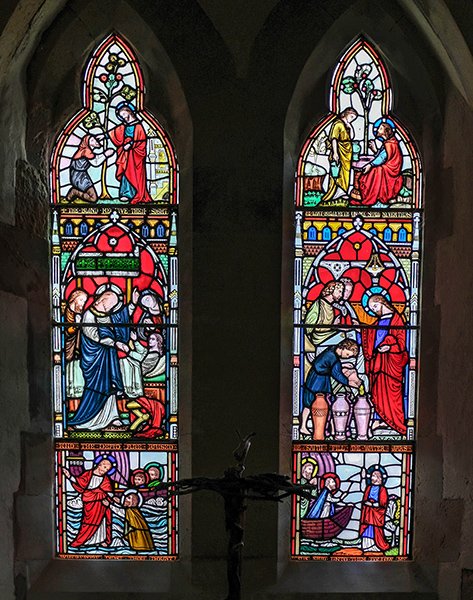 Raising of the Dead; Marriage Cana

Raising of the Dead; Marriage

The changing of water into wine was also a powerful symbol of Jesus’ purpose. The six water jugs were used for purification from sin. Six is the biblical number of man, and of imperfection. Wine is symbolic of blood. The miracle’s meaning was as much about Jesus replacing ritual purification with divine blood as anything else. His participation in a simple, joyful event also explains His compassion for people. This didn’t stop His enemies from criticizing Him, however (Luke 15:1–2).

John’s gospel is meant to approach Jesus’ ministry from a different perspective than the other three gospels. While Matthew, Mark, and Luke all mention Jesus clearing the temple late in His ministry, John places this event very early. The most likely reason for this is that Jesus actually cleared the temple twice. This would have made the second event even more offensive to the local religious leaders, and accelerated their hatred of Jesus.

The blessed virgin Mary:  This window, in the south wall of the chancel, was given by the Rev Arthur Thomas, vicar from 1848 to 1895, in memory of his wife

3 Maries at Tomb 1922 by Caroline Townshend 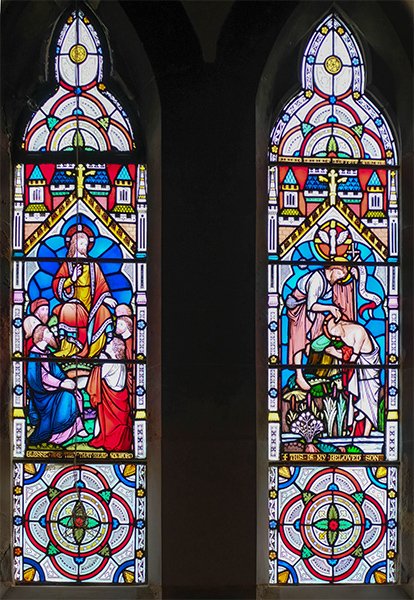 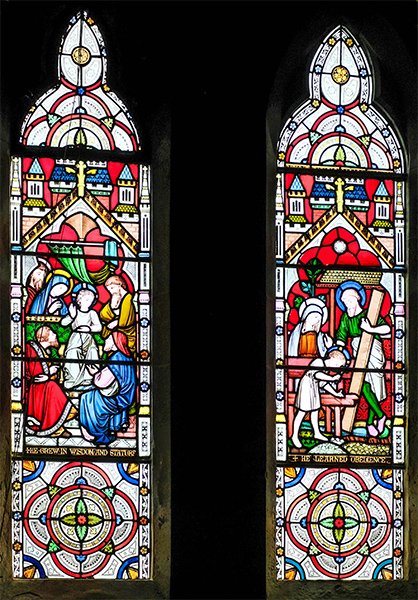 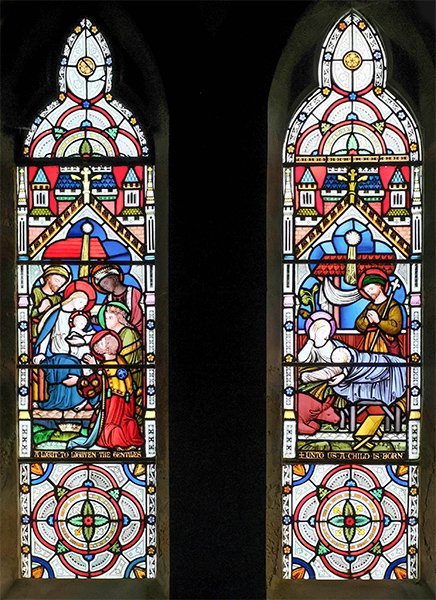 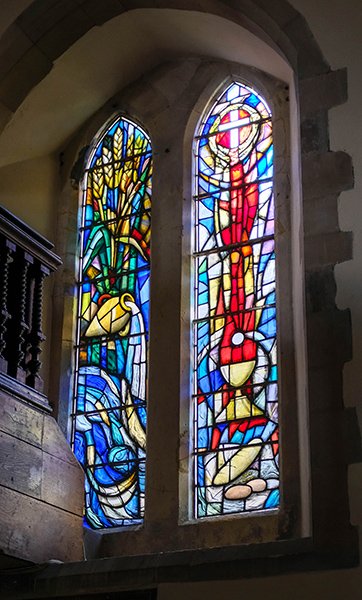 This memorial window is for Stanley Baldwin’s father-in-law, Edward Ridsdale

There are two windows in the north wall of the nave that were made from designs by Sir Edward Burne-Jones and made by the firm of William Morris after the death of both the artist and William Morris. The first, representing St. Martin was erected to the memory of Mr. Edward Ridsdale (the father-in-law of prime minister Stanley Baldwin) .

This window in the north wall of the chancel was given by Margaret Mackail, the daughter of Burne-Jones and the face is supposed to be that of Margaret herself. .

Burne-Jones is said to have used his daughter Margaret’s face as his model.