Hailing from Kent and educated at the Harvey Grammar School, Folkestone, Anthony read Music at the University of Exeter where he was University Organ Scholar and Senior Choral Scholar, assisting in the direction of the Chapel Choir. He went on to conduct the Exeter University Singers.

With experience working for the NHS as a nursing auxiliary, as a teaching assistant in a primary school and as the office manager of a computer software house, Anthony went on to train for ordination at the College of the Resurrection, Mirfield, where he read for University of Leeds degrees in Theology & Pastoral Studies, an MA in Biblical Theology and, later, a PhD on the theme of creation in St John’s Gospel, published in 2013 as ‘Signs of Salvation’ by James Clark & Co., Cambridge. 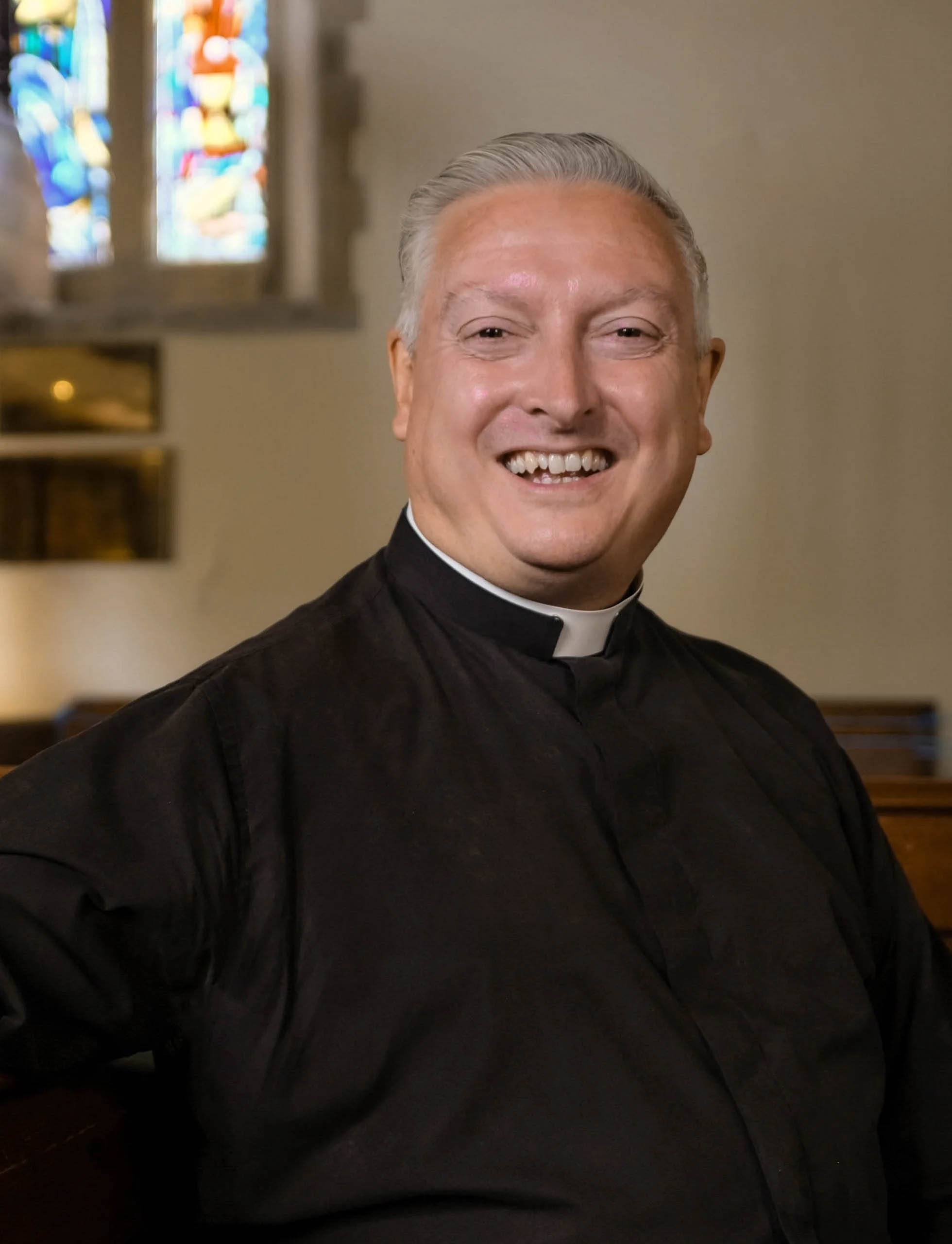 Anthony served his curacy at Christ Church, Carnforth, then returned to Mirfield as Research Fellow and Pastoral Tutor, before moving to Central London to be Senior Curate at St Paul’s, Knightsbridge and Chaplain to the Royal Academy of Music. Anthony went on to become Chaplain & Fellow and, later, Dean of Chapel at St Catharine’s College, Cambridge, during which time he initiated the refurbishment of the College Chapel and installation of the Wisdom Window by Tom Denny. After this he was installed as Canon Chancellor at Lichfield Cathedral, with responsibility for education and outreach. He was a Governor of Lichfield Cathedral School and served on the Lichfield Diocesan Board of Education. After a time, he moved across the Choir to become Canon Precentor and Vice-Dean, responsible for music and liturgy and some of the day-to-day operations of the Cathedral and a Director of its trading companies. With Patricia Scaife, he co-authored a new guide book for the Cathedral, published in 2014 by Scala Arts & Heritage Publishers UK.

Fr Anthony was inducted as Vicar of Rottingdean on Tuesday 21st February 2017. He is very pleased to serve as an ex-officio Governor of St Margaret’s Church of England Primary School, chairing the Ethos Committee and having oversight of collective worship, religious education and well-being.